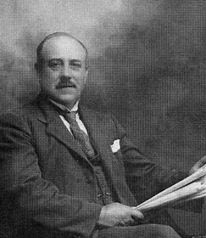 Born in Ruperra Street, Llantrisant on 28 December 1878, David was the son of collier Benjamin and Martha Lukey (formerly Keskeys) from St Hilary, Cornwall.

He married Katie Davies, the daughter of Freeman William Davies and settled on High Street where the couple had two children, Ninian (who died in childbirth) and Betty.

David was best known as the local school attendance officer as well as being a special constable.

He captained Llantrisant RFC from 1899 to 1900 and was chairman of the club during the post-war years. He was made a Freeman through marriage in 1913 and also served on Llantrisant Town Trust where he was a prime mover in the establishment of the Llantrisant Freemen’s Golf Club.

He was also a founder member of the new golf club near Lanelay and devoted his time to the upkeep of the greens.

He died in his home at Talbot Green at the age of 73, following a fall.