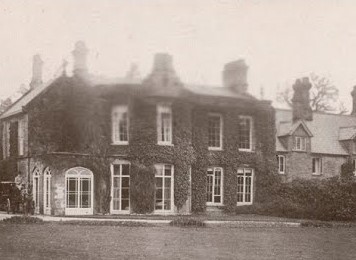 Vaughan-Lee was born Lee, the son of John Lee Lee of Dillington House, Ilminster and his first wife Jessy Edwards-Vaughan, daughter of John Edwards-Vaughan of Rheola.

His father and maternal grandfather were MPs for Wells at the same time. (Vaughan-) Lee was educated at Eton College and joined the Royal Scots Fusiliers (21st) in 1854.

He took part in the Crimean War in 1854 to 1855 including the Battle of Alma, the Battle of Inkerman, the Siege of Sevastopol and the attack on the Redan and Kinbourn.

He was promoted to lieutenant in December 1854 and was wounded twice. In 1858, he became a captain and in 1859 retired from the army. He was a major in the Glamorganshire Light Infantry Militia, and a captain in the West Somerset Yeomanry Cavalry.

The owner of Lanelay Hall, Vaughan was a J.P. and Deputy Lieutenant for Glamorgan and Somerset and was High Sheriff of Glamorgan in 1871. On May 26th 1871 he was enrolled as a Freeman of Llantrisant. In 1874 he assumed the additional surname Vaughan.

At the 1874 general election Vaughan-Lee was elected Member of Parliament for West Somerset. He held the seat until his death at the age of 46 in 1882. Vaughan-Lee married Clara Elizabeth Moore, daughter of George Moore of Appleby Hall, Leicestershire in 1861