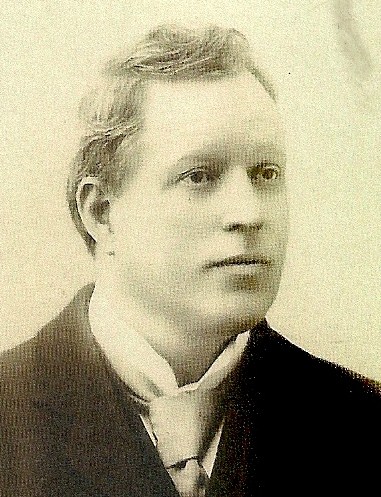 John Taliesin Morgan was born in the White Hart pub on the Bull Ring, Llantrisant on 21 November 1849, to David and Eleanor Morgan. His grandfather was David Jones who, aged 70, had tenancy of the pub in 1842 from Robert Rickards.

Taliesin’s other grandfather, Richard Morgan, owned the tailor’s shop on the Bull Ring.

Taliesin, who also became a tailor, was inaugurated as a Freeman on May 26, 1871 and become the Clerk of Llantrisant Town Trust from March 1891 to October 1904.

He was also heavily involved in the Brewery Industry in South Wales.

Probably his greatest contribution was publishing the second History of Llantrisant in 1898.