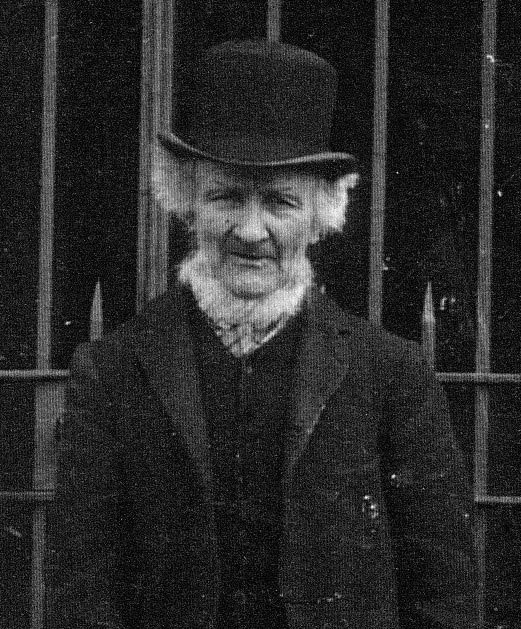 Born in Colwinston Village in July 1821, Edward was the third of seven children to Thomas David (shoemaker) and Catherine (nee Lewellin).

Edward came to Llantrisant in his teenage years to work as a weaver and lodged with Rachel Shields on High Street,.

He married Mary Bryant, the daughter of glazier William Bryant on Monday 18th June 1846 in Llantrisant Parish Church. He was enrolled as a Freeman of Llantrisant on 11 October 1850.

He was known as Edward Gwehydd (weaver) and during the last quarter of the 19th century was the Town Crier of Llantrisant. The arrival of essential food supplies during periods of shortage was announced by the town crier, who also gave newsworthy items.

He and his wife Mary died in April 1910, aged 87 and are buried together in Llantrisant churchyard.