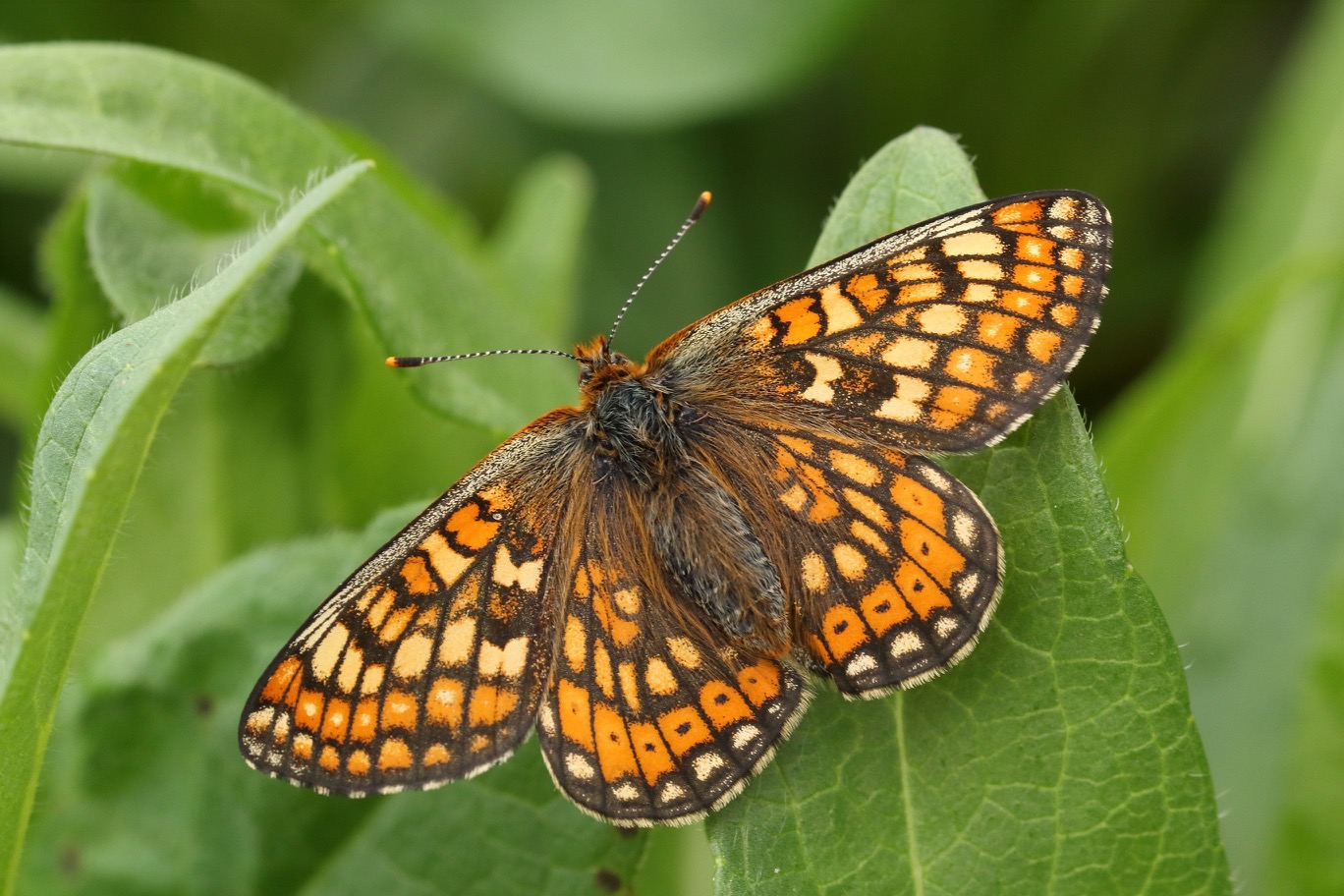 When the Initiative for Nature Conservation Cymru (INCC) was set up one of its main aims was a very ambitious Marsh Fritillary (Euphydryas aurinia) population restoration project to take place within the Upper Ely landscape encompassing the towns of Llantrisant and Tonyrefail. This iconic butterfly has undergone catastrophic declines throughout much Europe and the UK in recent decades. Although Wales remains a relative stronghold, even here many localised extinctions have taken place.

Despite its UK significance the Upper Ely marsh fritillary population is declining and has been in steady, continuous decline for at least 25 years. A key area for the butterfly is Llantrisant Common, situated to the south of the landscape and covering an area of over 113 ha of contiguous rhôs pasture habitat.

Rhos pasture is a distinctive Welsh (and parts of Devon) marshy grassland habitat that occurs on poorly-drained, mainly acidic soils in lowland areas (valley bottoms to upland fringes) that receive high rainfall. The habitat is usually dominated by tussocks of purple-moor-grass (Molinia caerulea) which is deciduous and therefore turns white in winter. It is often found in a mosaic of other habitats. For rhos pasture to be suitable for Marsh Fritillaries it has to be rich in flowering plants and have an uneven sward structure.

Llantrisant Common had been either under or overgrazed at different times but a management agreement with Llantrisant Town Trust was set up and has led to a vast improvement of the habitats there with an abundance of Devil’s-bit Scabious (Succisa pratensis) and other wetland vegetation. Similar improvements have gone on elsewhere locally.

Unfortunately, despite Llantrisant Common now being in much better condition for Marsh Fritillaries than it has in the past the nearest populations are far enough away that no natural recolonisation has occurred. In 2021 a captive-rearing project was set up to give the species a helping hand in the area with the hope that this population would establish itself and act as a base for the species to expand to other sites nearby. This population restoration has to be done in conjunction with habitat management of nearby sites or it is doomed to fail.

Eventually, after a lot of hard work, INCC attained a licence to take up to 80 caterpillars from the wild to start a captive breeding and rearing programme. In spring 2021, INCC, along with project partners collected caterpillars from a number of carefully-selected sites and returned them to the National Botanic Gardens in Carmarthenshire to place them in pens ready-filled with their foodplant Devil’s-bit Scabious which had been grown in polytunnels at the Gardens as well as a select few locations elsewhere.

In the months that followed INCC staff, ably assisted by Katie Ritchie, a placement student based at the National Botanic Gardens, kept a careful eye on the development of the caterpillars as they started fattening up in preparation for pupation then subsequently emerged as adult butterflies in early May. Each stage of the process was nerve-wracking as it was all such a new methodology. The butterflies mated and laid thousands of eggs in the short weeks of their adult lives and caterpillars began hatching in earnest in late June and July and started work on eating their way through the scabious plants we had grown ready for them.

Then in September the big moment arrived; INCC, project partners and volunteers released the caterpillars on carefully-selected areas of Llantrisant Common – the first time they have been there for 25 years. While this is a fantastic achievement the plan is to continue the process over subsequent years to give the butterflies their best chance of success. We have retained some caterpillars which will hibernate in the pens at the Botanic Gardens before beginning the next round of captive breeding next year.

Thanks to project partners, volunteers, the Llantrisant Town Trust and local graziers for their invaluable help so far.
For more information visit our website