Portreeve James Jacob was at his home in New Park and the aldermen and burgesses fetched him at 11am, with eight constables bearing staves and the sergeant at mace. They set out to Rickards' house where E.P. Richards and other men were waiting. Together they walked to the Guildhall and at noon took their seats.

Richards read out his appointment but this was interrupted by Alderman Thomas Llewellyn, a blacksmith who demanded that the newly appointed Town Clerk, Edward Priest Richards, Lord Bute’s Agent should speak in Welsh.

He was told Richards could not speak Welsh but that Llywelyn understood English perfectly well. Llywelyn was warned not to interrupt the court. Llywelyn said he cared not. Other voices were raised, calling Richards  “A damned rascal.” Thomas Llywelyn shouted “By God I care not even if I forfeit my life on this occasion, this mode of transacting the business of the Court shall not be suffered.”

Thomas demanded all those who had no business in the court withdraw, implying Richards. Shouting “We will have our orders or customs.”

The Portreeve wrote, “Elias Thomas, weaver came near the jury room door, as I conceived to prevent the jury from being admitted there. Mr Richards then went to Elias Thomas and desired him to stand back. Thomas Llywelyn urged the weaver to stand his ground, upon which David Morgan junior and Richard Morgan of Lanelay Fach, went up the jury room and several others…Rosser Evan, Evan William junior, weaver, Thomas Evan, labour, Richard Morgan late of the Angel public house and Treharne Treharne, weaver. I also observed Mr J Howell junior standing near the same place, stamping his foot, smiling and rejoicing at the conduct of the burgesses.”

The jury tried to adjourn to Llantrisant House, home of the Constable Rickards but “the corporation box being placed as usual on the table before me and the other offices of the court. William Francis, a burgess demanded of me the money paid for his admission or the stamp out of the box. Mr Richards the steward stepped forward and attempted to take the corporation box from him and before I succeeded in getting to his assistance Francis effectively took it away from the table.”

In the afternoon Richards, Rickards, William John (acting town clerk) and Edward Jacob with Portreeve James Jacob returned to the Guildhall with John Bird to retrieve the Corporation box. They found William Francis by the fireplace with the box. Thomas Llywelyn and William Williams urged him not to surrender it. The box was retrieved but Richards came out “all over blood, with marks of violence on his face, without his hat and his waistcoat completely torn.”

With the Reform Act of 1872 the Bute office lost all interest in Llantrisant borough.

With information from "The Five Hamlets of Llantrisant" by J. Barry Davies

Case of the Borough 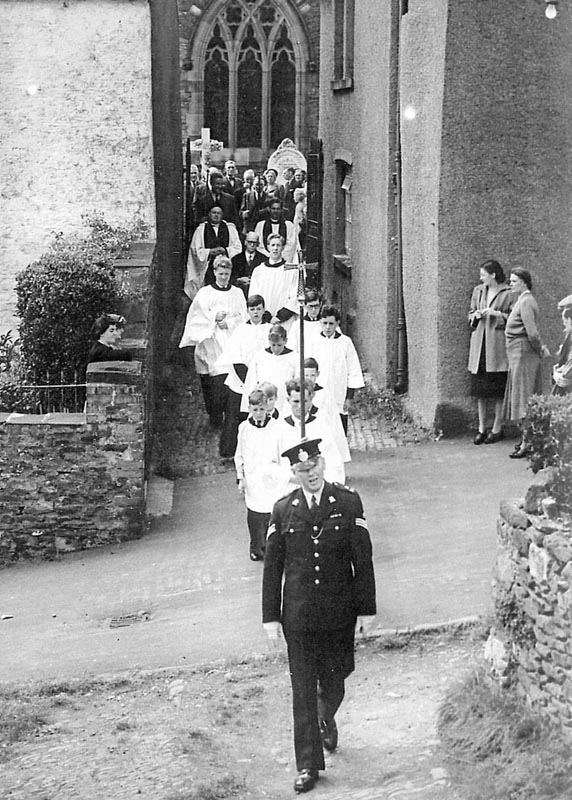 Freemen of Llantrisant were careful to maintain their rights and privileges.

Several attempts were made at different periods to infringe on those rights, but every attempt so was legally and successfully resisted.

In 1710 an attempt was made by the Steward of the Manor of Miskin whose documented case said:

“By the said Charter and the ancient custom of the said town, the Burgesses are free from any arrest in their own houses, which custom has been very well observed.

“But now within the last two years the Steward of the said Manor of Miskin granted distrainings directed to the Lord of the said Manor’s Bailiff, against the Burgesses and Freemen of the town, which Bailiff by himself and his deputy enters into a Freemen’s house, and takes their goods and gets such actions to be tried in the Baron Court of the said Manor.

“Though the town is not a part of the same and though the Steward is one of the Aldermen of the town, sworn to maintain its rights and privileges thereof as in him lyeth.

“What course the said Freemen may take to ease themselves, and be rid of such wrongs and hardships, your advice is deemed upon the whole matter.”

The finding at the Court on 12 April 1711 was: “A Court of Record held in the town every fortnight and two Leet Courts every year and the Burgesses of Llantrisant owe no suit and service to the Manor of Miskin.

“I am of the opinion that a distraining out of the Court and Manor of Miskin cannot be executed within the Borough of Llantrisant, and so an action for trespass very well lies”.